Warden has got his own Elite skin in Rainbow Six Siege.

Warden's Elite Bundle is... different. Some elite skins are inspired by the operator's legacy, while others are collaborations with other videogames, like Lion's Resident Evil or Ash's Tomb Rider skins.

However, Warden's is about summer. If you're already tired of autumn and you already feel stressed with your studies or your work, this bundle might be all that you need. 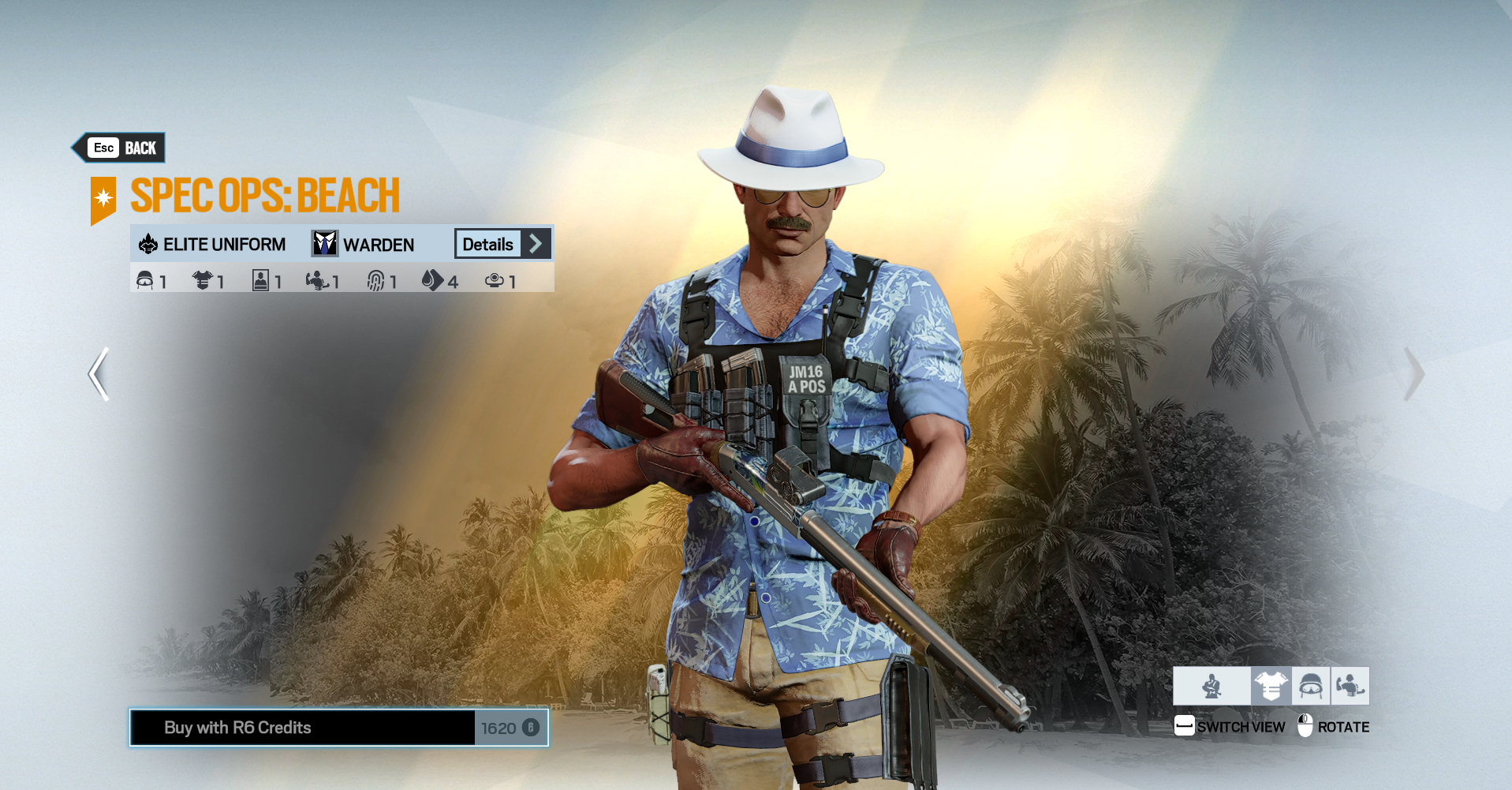 Warden's Elite Bundle is called SPEC OPS: Beach. His vibes are immaculate, as he's ready to jump to the battlefield in a blue Hawaiian shirt.

Who is Warden in Rainbow Six Siege?

Warden is a two-speed, two-health defender in Rainbow Six Siege. His unique ability is the Glance Smart Glasses, a tool that allows him to watch through any kind of smoke grenade or canister. When activated, his glasses also make him resilient to any flashing device, which includes Ying's Candelas, Blitz's shield, and flash grenades.

Warden is a very useful operator when playing against attacking characters such as Glaz, Ying, Bitz, Sens, or Dokkaebi. With his ability, Warden can stop any planting attempt. He also has a C4 which he can throw at the attackers, who may think are safe behind the smoke cloud.

Just like Smoke or Mute, Warden can bring the M590A1 Shotgun, one of the most powerful shotguns in the game. He usually also brings the SMG-12, which is very strong in close gunfights. However, that leaves him exposed to long-distance encounters.

His destruction skills and his gadget makes him a very viable option to upset the attackers. Definitely, an operator to try out every now and then.