Rainbow Six Siege's has got a new universal bundle!

Rainbow Six Siege released Operation Brutal Swarm yesterday, Sep. 6. Alongside its launch, many new features have been introduced to the game, including the new operator Grim, the new map Stadium Bravo, and even a new Season Battle Pass.

The changes introduced to the game are deep, but there's something that cannot be forgotten: the seasonal skin.

Rainbow Six Siege's Operation Brutal Swarm seasonal skin is included in the Torrid Jungle Bundle. Keep in mind that seasonal skins can be equipped with any gun in the game, that's why they are also known as "universal" skins.

Let's have a look at the bundle and the items included in it. 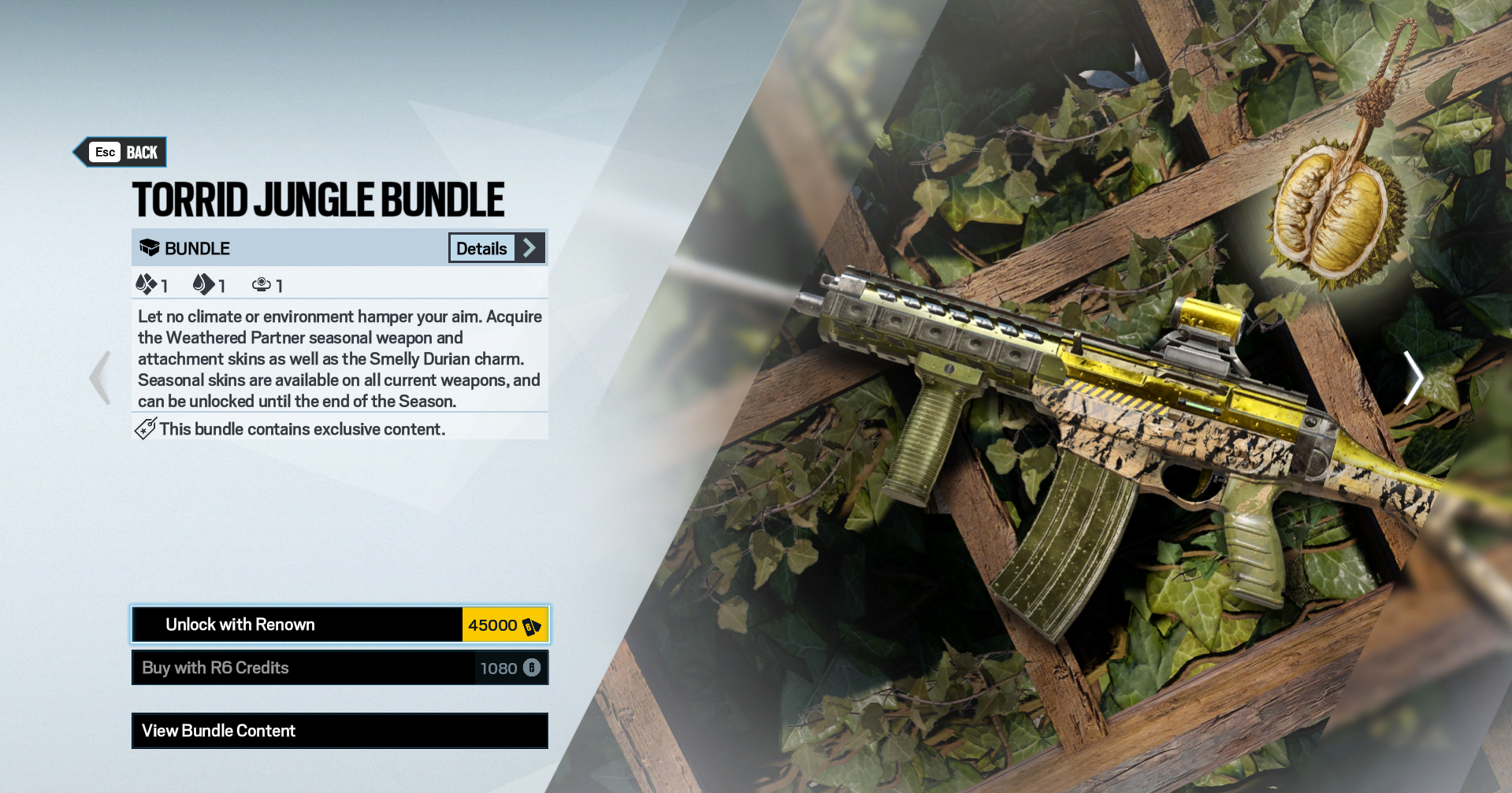 Let no climate or environment hamper your aim. Acquire the Weathered Partner seasonal weapon and attachment skins as well as the Smelly Durian charm. Seasonal skins are available on all current weapons and can be unlocked until the end of the Season. - Ubisoft's Bundle Description

Operation Brutal Swarm is located in the heart of the jungle, hence why the universal skin combines yellowish and greenish colors.

The Torrid Jungle Bundle includes three items: one universal skin, one universal attachment skin, and a charm. You can acquire it with 45,000 Renown or 1,080 R6 Credits.

What Siege universal skins are in the store?

If the Torrid Jungle Bundle doesn't convince you, don't worry: there are other universal bundles in the game's store. 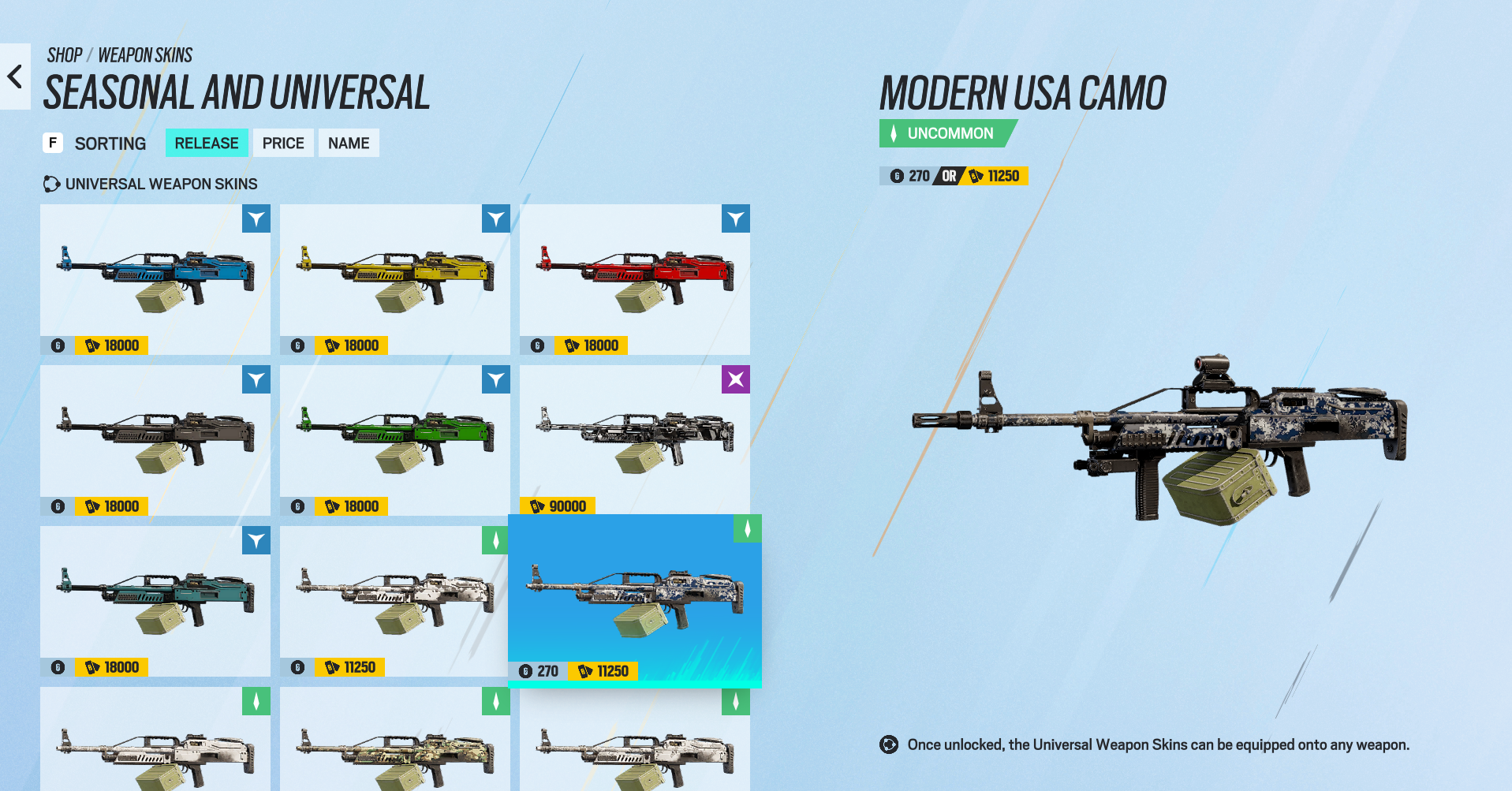 Head to "Shop" and then click on "Weapon Skins". There, press on "Seasonal and Universal skins".

As of now, you can choose from 12 different universal skins. The most expensive item is the Diamond universal skin, which can currently be purchased for 90,000 Renown. This means that to acquire it you must play Siege frequently, as you can't simply use R6 Credits to get it.

If that still doesn't convince you, you will probably have to wait until the next season or limited-time event. However, we also encourage you to have a look at the R6 Share skins! The list includes some of the best cosmetics in the game, so check it out!