The second day of action saw a number of key matchups as SSG faced OxG and Soniqs played DZ.

On day one, Parabellum, DZ, TSM, XSET, and the Soniqs got a victory. Here’s a rundown on what happened in day two:

Player of the Day: Beaulo

While TSM FTX had a somewhat easy game against beastcoast, Beaulo’s 12 kills to three deaths, including a 1v2 clutch to end the game, was the best single performance of the day. One of his three deaths also came from a teammate. 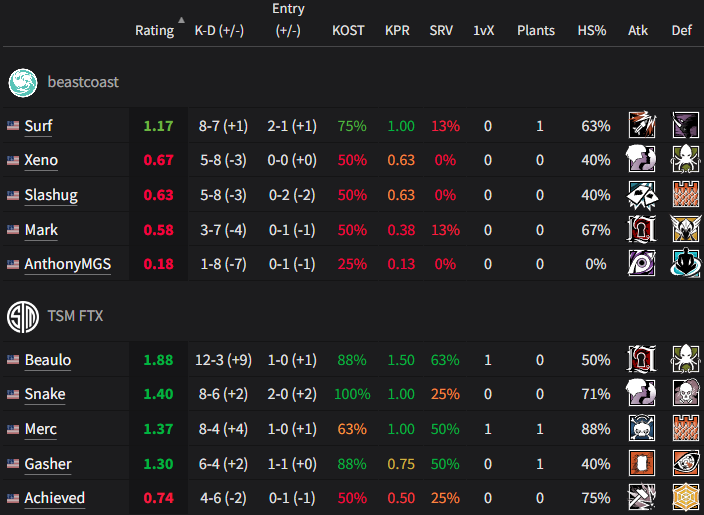 In the penultimate round of the day, Nuers killed Fultz, Hotancold, and Yeti while playing Warden on the Kafe Kitchen objective:

Surprise of the Day: Mirage

On Tuesday, Mirage lost 4-7 against TSM in what was a debut for both Dexter and Mohesse. Yesterday, they improved upon this performance to win their first points of the stage as they collected all three against Astralis.

After a very strong first half of the map, it took a 1v1 by Benji to lock in at least one point before they eventually ended the game at 7-4 -- due in a large part to a remarkable triple kill from Dexter.

Astralis won the last two NAL stages, attended both Majors, and were grand finalists in the first one. Now, they’ve lost two games in a row despite arguably having the easiest schedule of games in the league.

Did Parabellum lose one of the world's most promising rookies but get better?

Shaun "Gunnar" Pottorff’s move from Parabellum to Soniqs was a major blow to PBLM’s Stage 3 hopes. Even with Gunnar’s amazing fragging ability, they finished in sixth place in Stage 2. With him gone, the team could’ve been in a rough spot.

Two games into Stage 3, they’ve beaten Oxygen Esports 7-4 and XSET 7-5. Both of these teams had attended the last two Six Majors and were looking on the up.

BlaZ was named player of the day by SiegeGG on play day one, while both KoolAid and Doq hit double figures in game two. 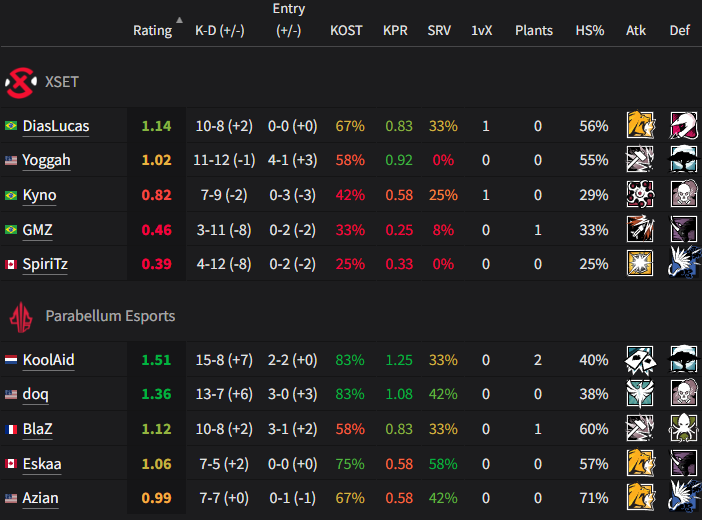 Beastcoast is the only team with 0 points, TSM, Soniqs, and PBLM are all on six

This result -- as well as the prospect of a Geo revenge match -- makes next week’s TSM vs Soniqs matchup a must-watch: 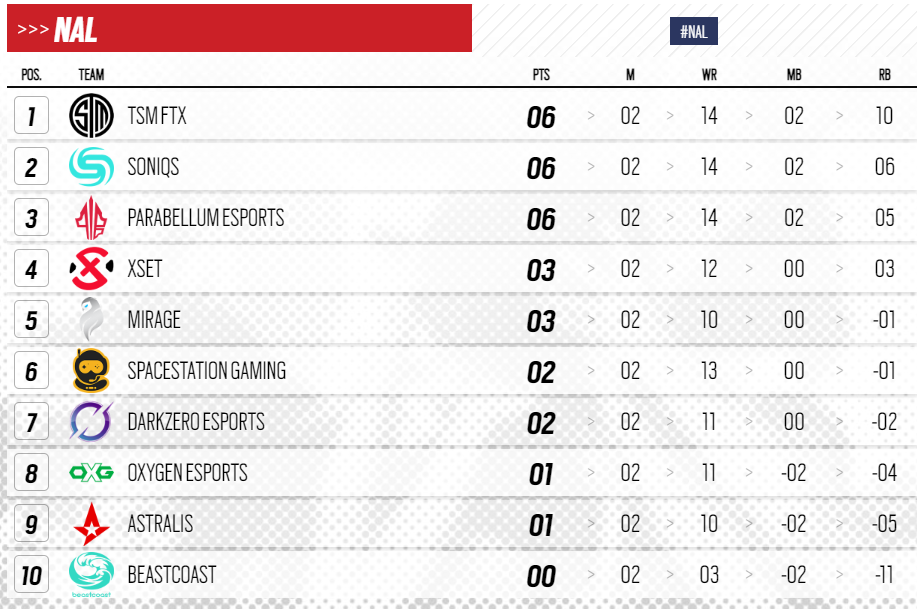 Oxygen came back from a 6-3 deficit on their defenses to force overtime. 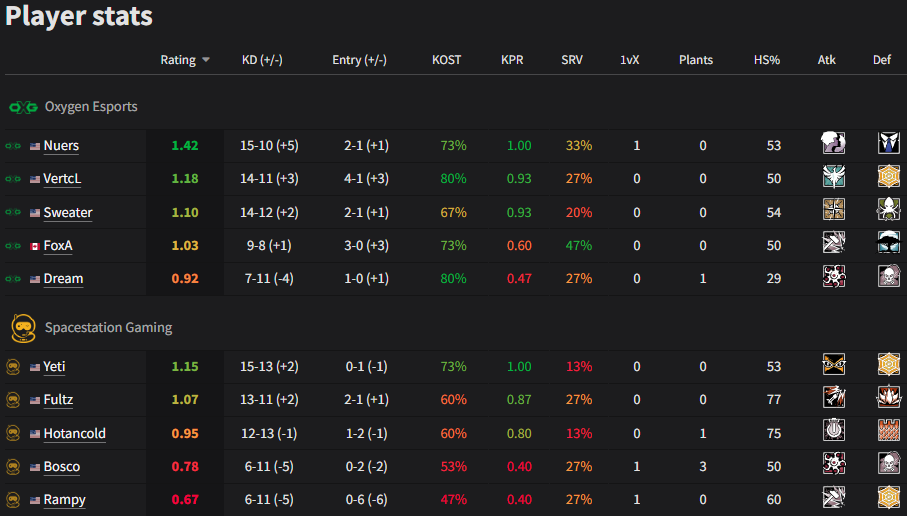 XSET wins two 1v1s in a row by the edge

After a very strong start from Parabellum, XSET managed to claw back a tied half thanks to two 1v1 clutches, one each from DiasLucasBr and Kyno:

While a 2-7 defeat by DarkZero against Soniqs seems pretty bad, this is the same result they had during Stage 2. During both matches, Canadian topped DZ by SiegeGG Rating, but, Soniqs’s statistics were notably more even during yesterday’s game: 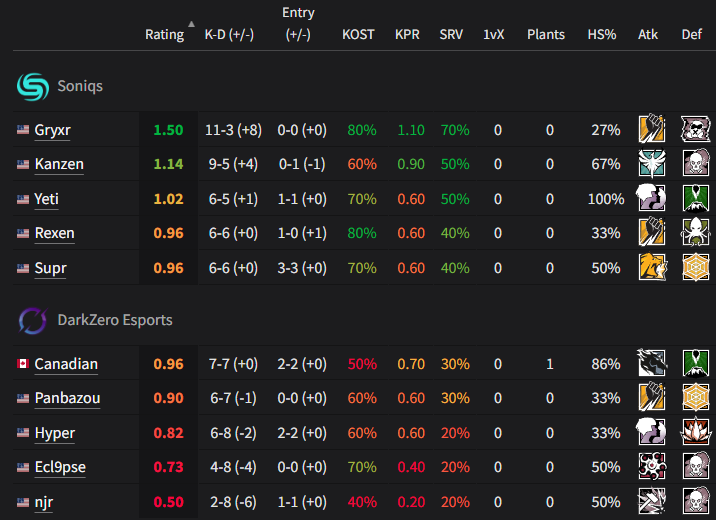 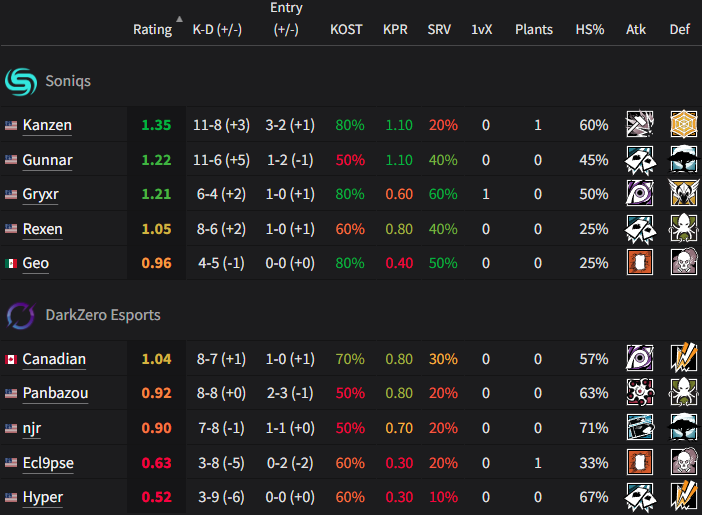 After four rounds against beastcoast, TSM were up 4-0, and both Beaulo and Merc had six kills to one death. Round five then opened up with Merc shooting Beaulo in the head, before Snake managed to even up the man count; “you ever get killed so hard you become a drone?”:

TSM did lose this round, though, as the team-kill cost them dearly.

During round two, only Dexter died before Astralis called a timeout and won round three.

Njr gets bodied while attacking on Clubhouse

In round five against the Soniqs, njr started getting shot five seconds after spawning, and died at the 2:53 mark to Rexen. Spawn kills such as this are very rare at this level as players usually know and predict all of the common positions.

This was a part of a very difficult half for njr as he finished the attacks at 0-6 in K-D. By the end of the game, he ended with a 7-8 figure.

Best shot of the day: Fultz

Spacestation Gaming won their offensive half against Oxygen Esports with the following 180 headshot: