When is the next Rainbow Six Siege season?

Hold tight, the new season is around the corner.

Rainbow Six Siege's Operation Vector Glare is about to end, which means a new season is upon us. For the third season of Year 7, Grim will join Rainbow Six Siege as part of the upcoming Operation Brutal Swarm.

When is the next Rainbow Six Siege season? 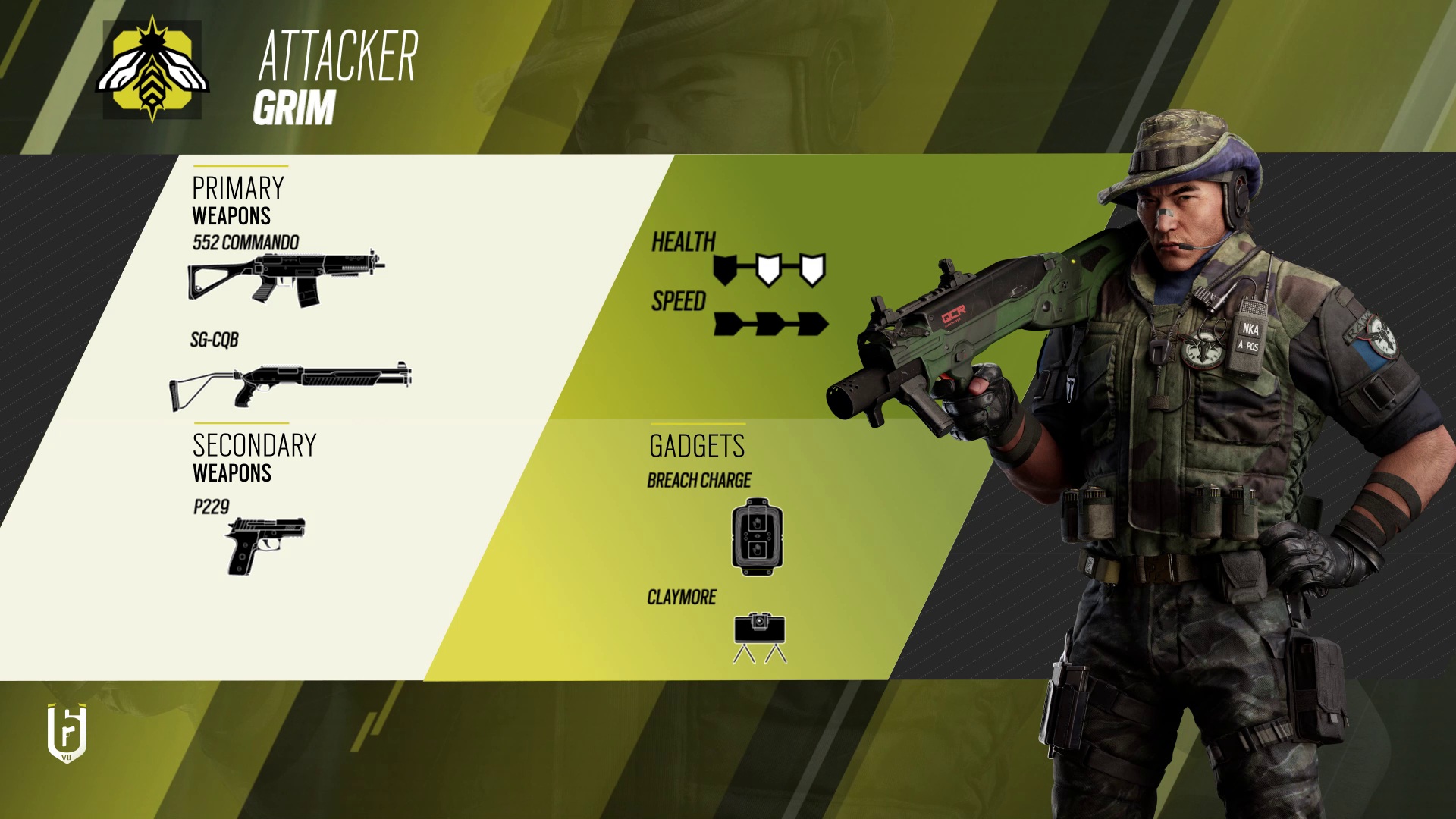 The new Rainbow Six Siege season, called Operation Brutal Swarm, will be released on Sep. 6. In other words, the upcoming operation will be deployed tomorrow!

Grim will be introduced this week to Rainbow Six Siege. He will be a three-speed, one-health operator. Developers made him with the idea to be an entry fragger, an operator with the skills to detect and clean roamers moving around the map.

Grim's loadout includes IQ's iconic 552 Commando, the French SG-CQB shotgun, and the P229 Handgun. His gadgets are a bit off meta though, as he can only bring three soft breaching charges or two Claymores.

What is coming with Operation Brutal Swarm?

Some of the new features coming tomorrow include:

Overall, we expect Operation Brutal Swarm to change the way players understand the game. Off meta operators like Ash are expected to be back to the meta, a higher number of Azami bans could also open the door to new strategies, and the IMP Grenade could also reduce the number of Thatcher bans.

On top of that, the changes to recoil will change the players' playstyle. Zofia and Finka's LMG won't be as good as before, and some operators have lost fragmentation grenades or the GONNE-6.

All of this will create a new meta, an exciting one. For more information on Operation Brutal Swarm, check out the Y7S3 pre-season Designer's Notes!