Who are TropiCaos, the latest organization to enter the Brazilian scene?

TropiCaos joins 00 Nation as the only new orgs in the BR6 League since May 2020.

After finishing in last place in the BR6 League in Stage 2 and previously heading towards a relegation game (relegation is canceled), INTZ has left the R6 esports scene. In its place comes TropiCaos, an organization that fans outside Brazil are unlikely to have heard of.

Here’s everything you might want to know about the organization and new look team ahead of Stage 3.

TropiCaos was formed just over a year ago with an initial investment of R$1 million (US$190,000) from the FichasNet Group, an online Poker company. Its founders are as follows:

From its launch, TropiCaos stated that it aims to be a diverse organization and one rooted in Brazilian culture. A big example is the organization’s logo, which is designed off of a “carranca”, a wooden figure which was attached to boats to draw away evil spirits by indigenous Brazilians.

> All our communication is focused on Portuguese, and our content always reinforces Brazilianness 🦜

After picking up a Free Fire team when the organization launched in Aug. 2021, TropiCaos announced plans to join VALORANT and R6 last October.

Their initial Free Fire team had finished their Brazilian B-League in 22nd place, leading them to pick up a new lineup for 2022. This new team qualified for the promotional tournament after Stage 1, but then finished in eighth place, with only the top four making it into the Serie A tournament.

Outside of this team, they have mainly been known by their women’s rosters as they’ve picked up teams in Free Fire, VALORANT, and Rainbow Six. While they’ve had the Free Fire team for some time, they signed their second VALORANT roster in Jul. after the first one only lasted from Feb. to May.

In R6, meanwhile, the women's team competed in Stages 1, 2, and 3 of the Circuito Feminino tournament this year, exiting third in their group each time. This team notably included Larissa "Chl0e" Kimie, who is now on the Black Dragon’s e-Sports Female team, as well as both Karen “Laady” Cristina Schweitzer and Laryssa “I4RYSSA” Vitória da Silva, who are now on Fenix Esports Female.

The R6 team left the organization and disbanded on Jun. 24.

Also notable are the “influencers” that have signed, ranging from streamers to athletes, singers, commentators, and YouTubers.

On the organization’s launch, TropiCaos signed 10 members, which at the time provided a social media reach of eight million people. The organization also expected this figure to double by early 2022. It has since worked with a lot more names, including MC Bin Laden. João Gabriel stated that growing the “Influencers of Chaos… is the first step towards a series of entertainment products that we intend to launch on the market”.

The organization has now picked up a men’s roster for the BR6 League.

The lineup it acquired is in one of the worst positions of any professional team right now; short of a miraculous comeback and prior to the removal of the relegation event, they were likely heading towards it at the end of the season.

This team's main hopes for Stage 3 will be put on their two new players.

The first, Lucca "yektz" Wessler, must have impressed in tryouts as he hasn’t had a great performance during recent tournaments. He was his team’s worst player by SiegeGG Rating during 2021’s BR6b tournament, alongside current Team oNe player Gabriel "Maia" Maia (who was on Guidance Gaming). Yektz was on a flex position and hardly improved as he went onto second entry on VIUVAS DO TIER 2 during Stage 1’s Brazil Cup.

Most recently, he was the top-rated player on Guardians Imperium E-Sports during Stage 2’s Brazil Cup… but the team went out in the quarter-finals, and he secured the lowest SiegeGG Rating of 0.65 in the game they lost against Maia’s oNe.

Also joining the team to create a six-man roster is Raul "kondz" Romão, who many will recognise for his year on Santos e-Sports in 2021. He has the unique distinction of competing in both the 2020 relegations as the BR6b challenger and then the 2021 relegations, as he tried to keep his spot in the BR6 League.

While he won on his second attempt, the Santos roster was then dropped as the license spot was sold to 00 Nation. Now he may get a third relegation game in a row later this year.

Before this, kondz played as Santos’ hard breach player and hit a fairly high standard, while yektz was a soft breach flex. Considering INTZ just kicked their soft breach player, Victor "Hornetao" Lopes, this makes kondz an obvious replacement for his role. Vitor "Vittzzz" Ruiz, meanwhile, is TropiCaos’ hard breach player, and he has been the lowest-rated player on the team since he moved to this role at the beginning of the year. As such, yektz could slip in here.

Considering TropiCaos is now a six-man roster, this does give the team room to experiment as its aims for Stage 3 shouldn’t be to make a Major -- but to ensure they build a foundation for 2023.

While the organization has big plans, they are nowhere near as big as the last few organizations to join the BR6 League, such as FURIA, 00 Nation, or MIBR. TropiCaos also only just passed their first birthday as an organization.

Currently, their best-known team is in the equivalent of Free Fire’s Brazilian Challenger League and most of the organization’s rosters have finished middle of the pack in women’s tournaments.

This means even though the R6 team they picked up is in a dicey spot, it’s still a massive move for the company. The organization has also already picked up a notable R6 streamer in Gabriel "Machadinho" Machado.

As for R6 Share skins, INTZ already received their tier-two skin in June, meaning TropiCaos likely won’t receive theirs until next year. 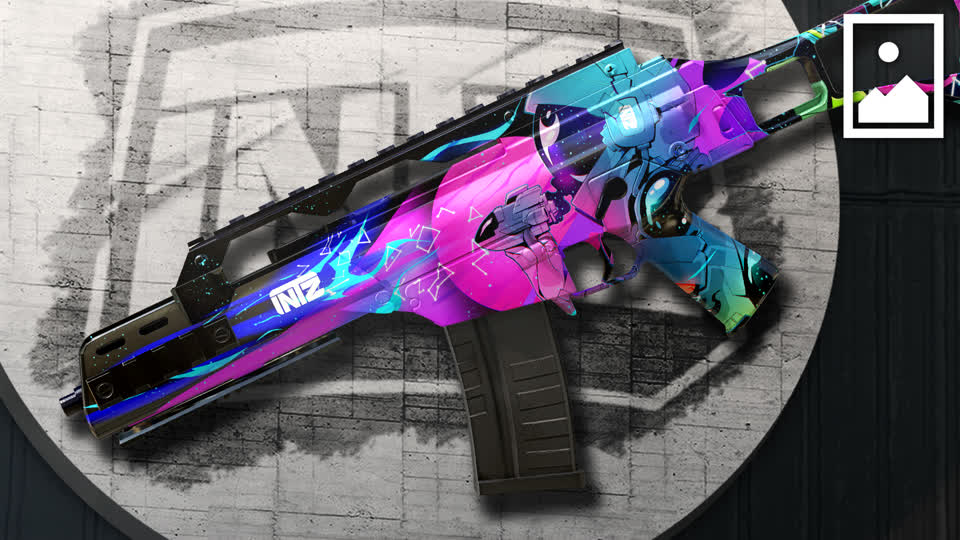