Azami is a defending Rainbow Six Siege operator, who is played in 4% of all rounds in SiegeGG-tracked matches.

peres has played the most rounds in their career with Azami. They are closely followed by handy, whose favorite operator is Thermite.

Disclaimer: This guide is subject to changes as Azami is still in the TS.

Azami is here to stay. She is Rainbow Six Siege's newest addition and she is ready to stop vertical plays and create angles never seen before.

Kana "Azami" Fujiwara is a Japanese operator born in Kyoto, Japan. According to Ubisoft's description, her "focus and determination" are really important in her life and helped her "progress quickly through the ranks of Aikido."

Later on, she moved to Tokyo and joined the Metropolitan Police Academy. Having a 3rd Dan in Jujitsu and a 5th Dan in Aikido were essential for her to join the Security Police division of the TMPD.

According to her official backstory, Azami faced suspension "due to multiple violent outbursts in the line of duty." After that, she decided to move on and join the private sector as a bodyguard, where she exclusively worked for Masayuki Yahata. Following his death, she got in touch with Yumiko "Hibana" Imagawa. 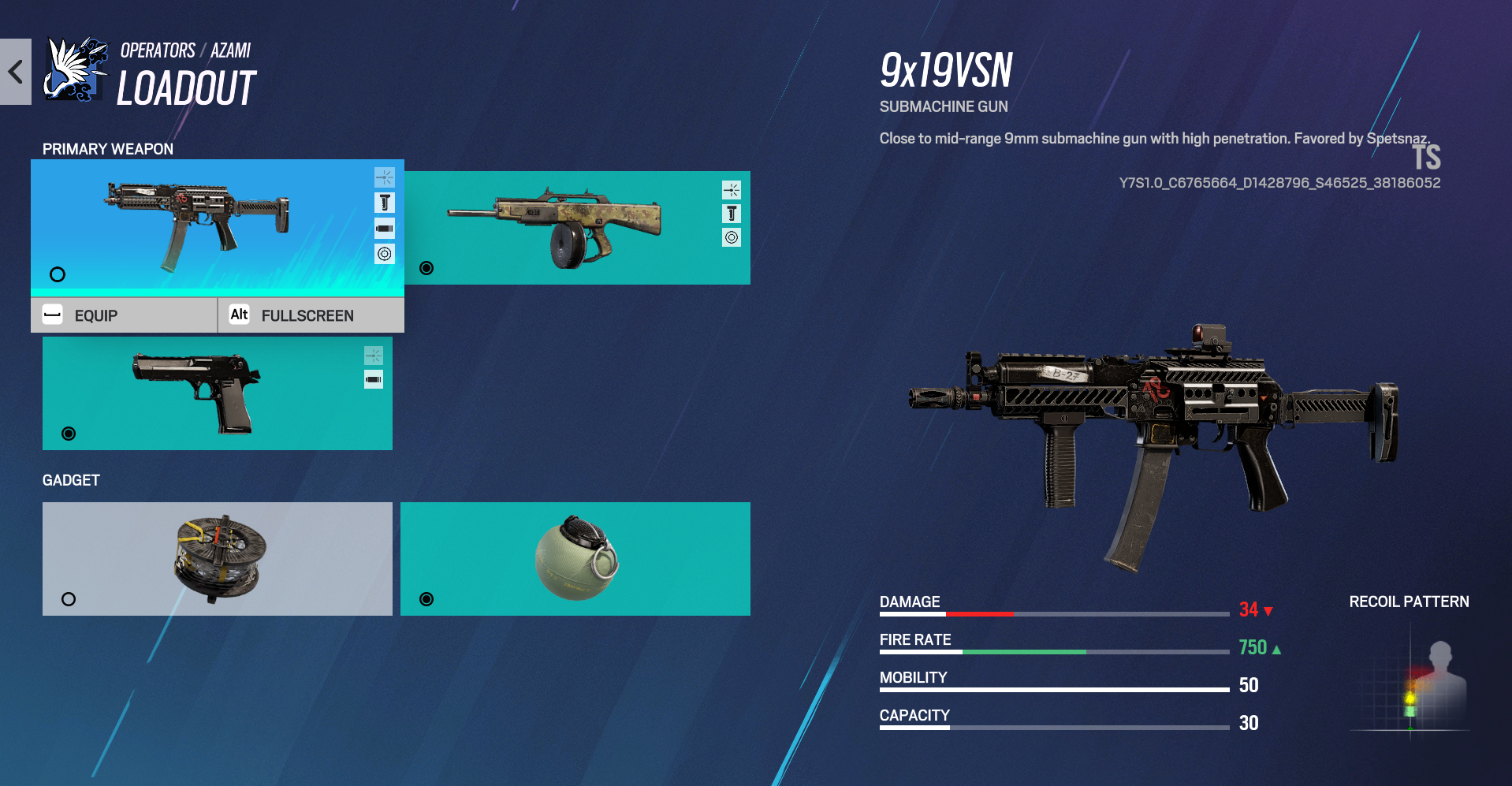 Azami's loadout makes the perfect sense considering we are talking of an architect. She has the power to build with her kunais, and destroy with her shotgun, impact grenades, or D-50.

Her most frequent weapon set will probably be the 9x19VSN plus the D-50, as that's the only secondary available. Then, depending on the site, she will choose between barbed wire or impact grenades. Impacts might be the most used option though.

Well, it's pretty difficult to talk about it now.

However, we think this operator is going to be a flex or an anchor. Her kunais can be a helpful tool to protect the team against vertical play, which is usually performed to the site. Having her outside the bomb doesn't make any sense in that case. The same happens if you want to use it to block doors in the late stages of a round.

Unless she doesn't deploy them in the early stages of a round, during the preparation phase, Azami should stay inside and play whatever role the team needs.

Azami's gadget is the Kiba Barrier, a special kunai that once thrown releases a gas that instantly solidifies. She has five kunais of its kind.

Kunais can be destroyed with explosive gadgets or with melee hits. Only three melee hits will break the surface, so keep that in mind.

Everyone is a counter to Azami. So, is she that OP? We don't think so, but she will surely receive some tweaks.