Finka is an attacking Rainbow Six Siege operator, who is played in 14% of all rounds in SiegeGG-tracked matches.

Beaulo has played the most rounds in their career with Finka. They are closely followed by Muzi, whose favorite operator is Jäger.

Finka is a key part of the current meta in Rainbow Six Siege. She brings grenades and can boost her teammates' HP and a recoil boost. If that wasn't enough, Finka can revive teammates from distance, and even revive herself... and not talk about her weapon kit.

She is strong, but how strong is she in the current meta? Let's find out in this Finka guide.

Finka was born near Chernobyl, in Gomel, Belarus. Because of that, she grew up around people who suffered from birth defects. She also had an illness, and she decided early on to find a cure.

Because of that, she studied Cytology and Genetics at Novosibirsk State University, "graduating with a PhD in Molecular Biology," according to Ubisoft's biography. She stayed there studying and working on the research of treatments for various pathologies, including her own.

According to Ubisoft's biography, "her research directly saved Spetsnaz operators from hazardous materials, resulting in an Order of Honour that opened her eyes to new possibilities." Later on, Finka joined the Army and became the Spetsnaz CBRN Specialist. 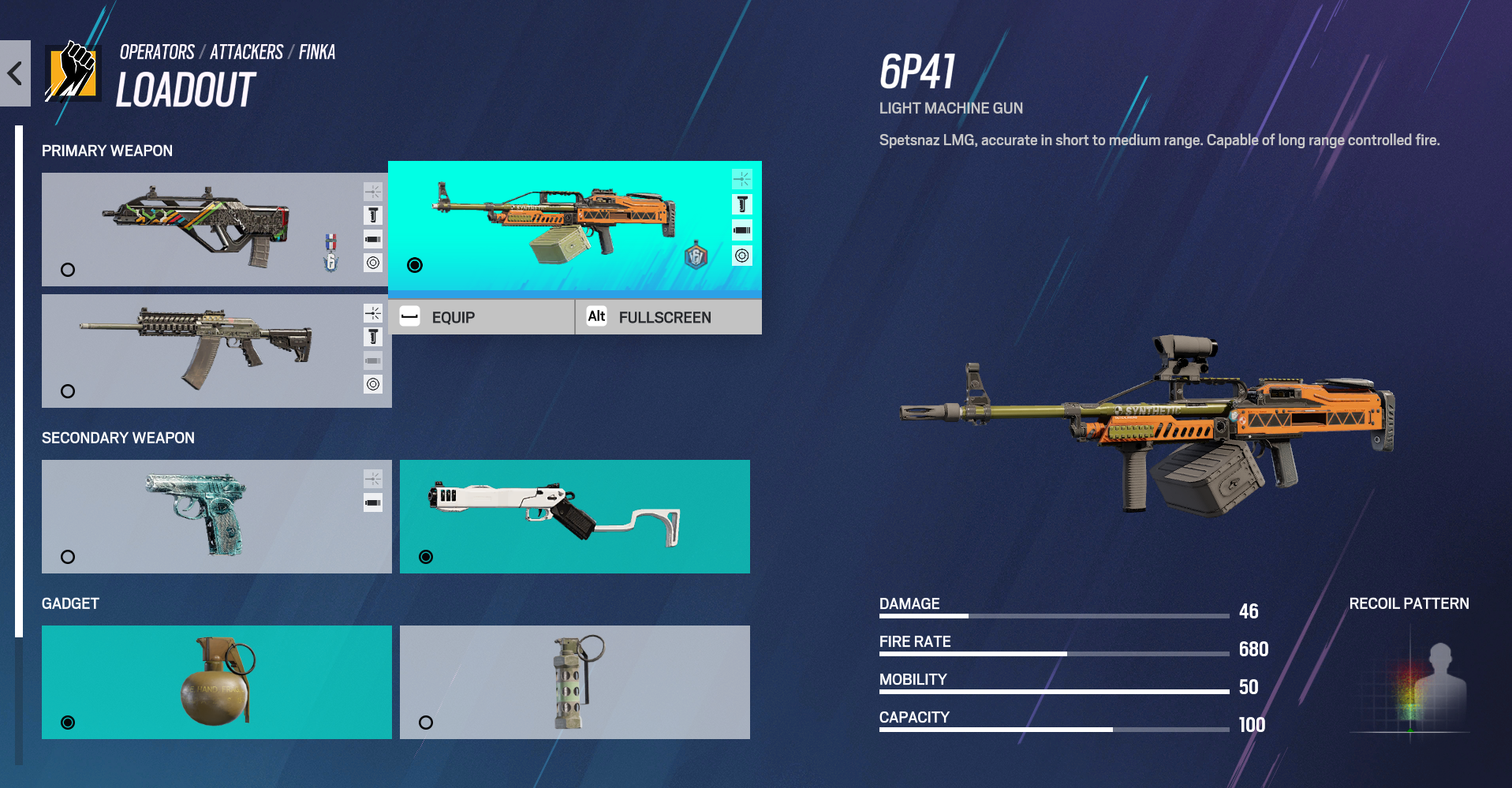 Finka's loadout is insane. She has up to three weapons to choose from as primary. The LMG might be the best option, considering its 100 bullets capacity per magazine. You can always bring the PMM as secondary — but the GONNE-6 is possibly the best option to clear defender utility. Nevertheless, frag grenades can do that job too.

Overall, it really depends on how you want to play Finka. That's why she is such a fun operator right now, you can do many things with her while supporting your teammates.

Finka is a multi-tasking operator. She can do absolutely everything. Finka can support her teammates with her boosters, as you just have to press a button to activate it. Meanwhile, you can drone your teammates or use your utility to clear defender gadgets.

You can also use her as an entry operator. Her LMG won't run out of bullets easily, so that added to a Finka boost can help you and the team a lot.

How to use Finka's gadget in Rainbow Six Siege

First, you must understand what Finka's gadget is.

The Adrenal Surge boosts you and your teammates hp, while decreasing the recoil when shooting. This condition lasts for 10 seconds. With Finka having up to three charges, people uses these boosters during the final stage of the round, or just to have an advantage over defenders in certain situations such as cleaning roamers.

Finka's boost can also revive attackers that are in a DBNO (Down But Not Out) state.

A similar thing happens against Pulse. As the boost makes attackers' hearts beat faster, Pulse's cardiac sensor detects them from a longer distance compared to attackers without a boost.

These are some of the best skins for Finka in Rainbow Six Siege. 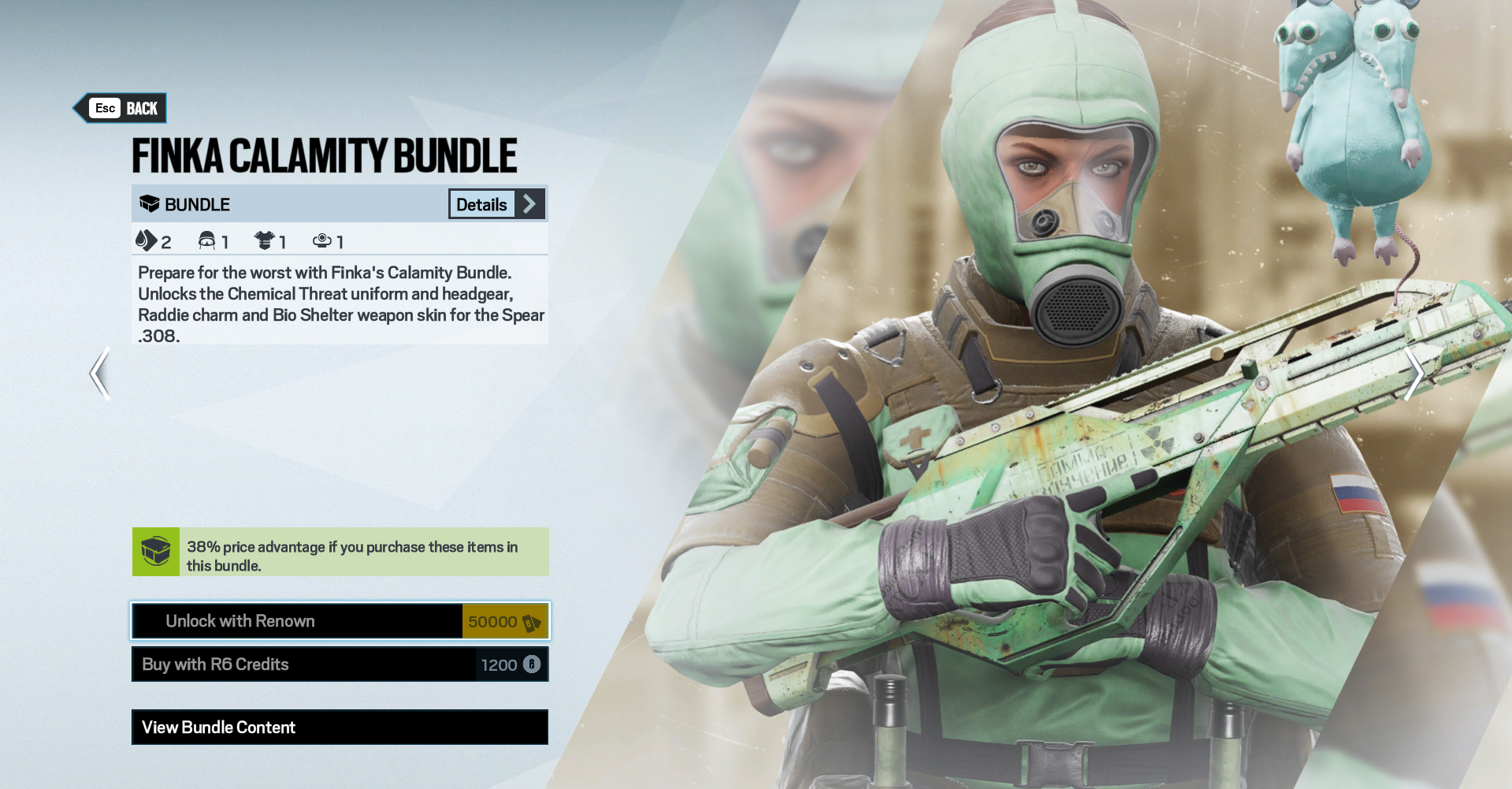 The Finka Calamity Bundle is inspired by a possible nuclear disaster. You can see that on her weapon, and the rat charm — a rat with two heads. You can purchase the bundle for 50,000 Renown or 1,200 R6 Credits. 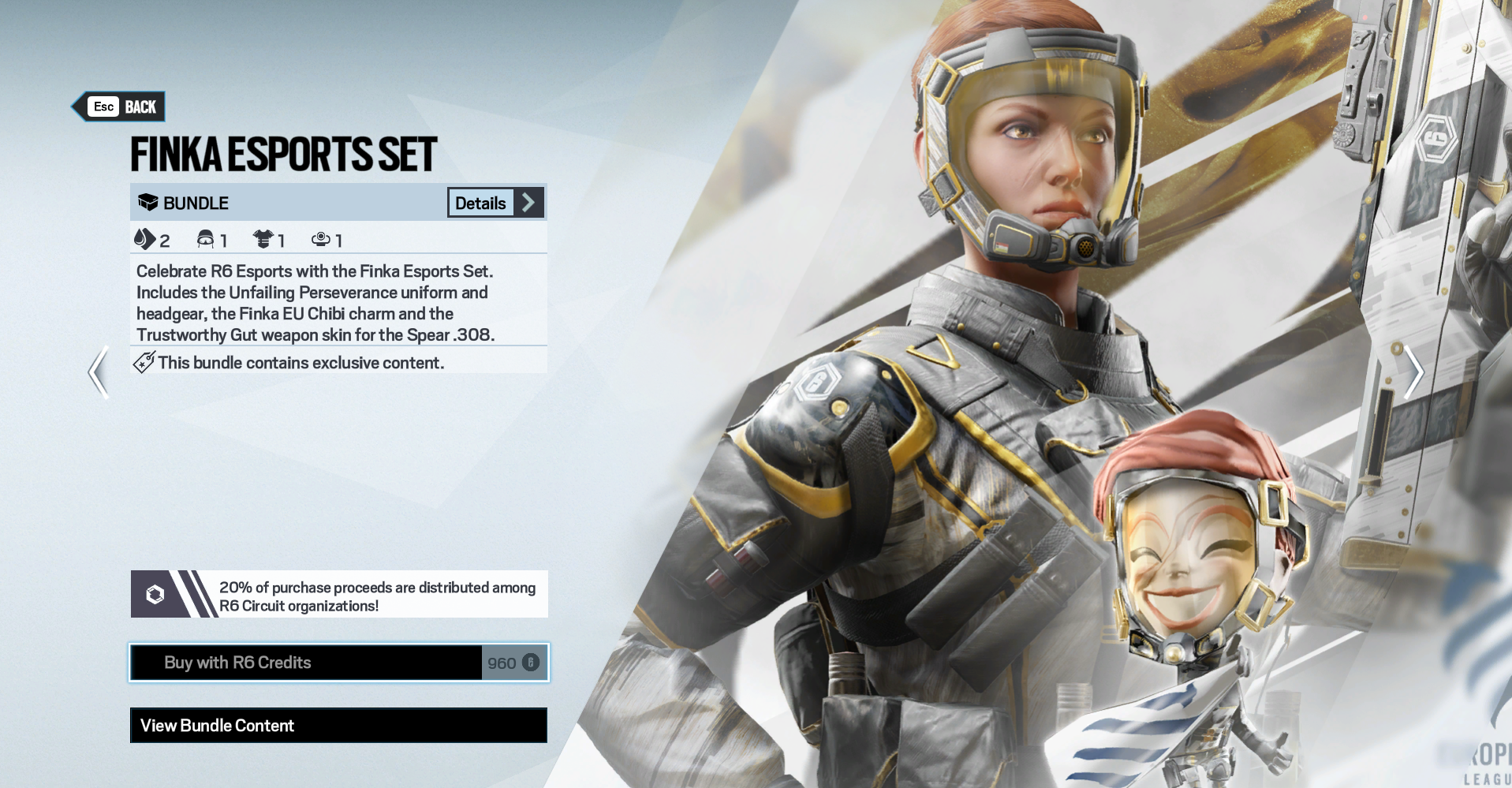 If you want to support the esports scene while playing Finka, you can do it! Finka has her own European League set, which can be acquired for 960 R6 Credits.